All articles from this author
Saleh Mohammed Al-Mousawi


All articles from this author
Maghraby Ali Selim


All articles from this author
Ahmed Mohamed Mosallam


All articles from this author
Mohamed Hilmy Elnagdi

The reaction of arylidenemalononitriles with active methyl and methylene compounds was extensively utilized for the syntheses of otherwise non-readily obtainable pyrans [1-3], pyridines [3-5] and polysubstituted aromatics [6,7]. The synthesis of 2-amino-4H-pyrans by these reactions has recently been surveyed. Since the first report describing the preparation of 2-amino-4H-pyrans by the addition of active methylenenitriles to α,β-unsaturated ketones [8], 2-amino-4H-pyrans 1 (Scheme 1) have become the central focus of a number of chemical and biological investigations [9,10].

Perez et al. recently reported an interesting method for the synthesis of condensed pyridines 2 through a three-component reaction of malononitrile with benzaldehyde and cyclic ketones [11] (Scheme 2).

In contrast, MW-irradiation-promoted reactions of ketones, aldehydes and malononitrile are known to afford polysubstituted benzenes 3 (Scheme 3) [12].

It is believed that the pathway followed in this process involves conjugate addition of proline to the propiolate to yield adduct 6 which then reacts with 7a to form the enamino ester 8a. Hydrolysis of 8a followed by cyclization affords 9 in 85% yield. The structure of 9 was unambiguously assigned by X-ray crystallographic methods (Figure 1).

In contrast, we found that the p-nitrophenyl-substituted analogue 7b reacts with ethyl propiolate (4a) in the presence of L-proline to produce the penta-substituted benzene derivative 13b in 60% yield (Scheme 4). In order to explain this unusual finding, we proposed that malononitrile, perhaps formed under the reaction conditions by C–C bond cleavage promoted fragmentation of 8, adds to 9 to generate 10 that cyclizes to form 12. Subsequent aromatization of 12 produces the benzoate derivative 13b. Alternatively, 8 could react with malononitrile to yield 11 that then serve as a precursor to 13 (Scheme 4). In support of the former mechanistic proposal, it was observed that 2-amino-4H-pyran 9 reacts with malononitrile to yield 13a (Scheme 4), whose structure was unambiguously assigned by X-ray crystallographic analysis (Figure 2).

This finding led to the development of a procedure for the high yielding preparation of 13b that involves the addition of one equivalent of malononitrile to the reaction mixture containing ethyl propiolate (4a) and 7b.

The observations described above prompted us to extend the synthetic potential of these types of condensation reactions. In the following studies, we found that 5,5-dimethylcyclohexane-1,3-dione (14) reacts with enaminonitrile 15 and malononitrile in the presence of L-proline or DABCO to yield the 2-amino-4H-pyran 18 whose structure was assigned by X-ray crystallographic methods (Figure 3).

We assumed that in this process 14 and 15 undergo an initial condensation to yield dione 16 that reacts with malononitrile to afford adduct 17, which subsequently cyclizes to produce 18. It is of value to note that, when the reaction of 14 and 15 is conducted in the absence of malononitrile, dihydroquinolinone 21 is generated through a pathway involving the intermediate imines 19 and 20 (Scheme 5). The structure of 21 was determined by X-ray crystallographic methods (Figure 4).

An attempt to prepare the bicyclic 2-amino-4H-pyran 24 by the reaction of dione 14 with ethyl propiolate (4a) in the presence of malononitrile and L-proline or DABCO was not successful. Instead, these substances reacted to the fused benzoic acid ester 26, which was characterized by X-ray crystallography (Figure 5).

It appears that in this process, ethyl propiolate (4a) reacts with dione 14 initially to form adduct 22 which then adds to malononitrile to produce 25. The latter undergoes cyclization to afford 26 (Scheme 6).

It is interesting that the 2-amino-4H-pyrans, generated in the reactions described above, serve as excellent precursors to uniquely substituted nicotinate derivatives. For example, both pyrans 9a and 9b [22] react with hydroxylamine hydrochloride in ethanolic solutions containing sodium acetate to yield the respective amidoximes 27a and 27b. The structures of these compounds were assigned by X-ray crystallographic methods (Figure 6). In addition, these substances can be transformed to the corresponding ethyl 6-amino-5-carbamoyl-4-phenylnicotinate derivatives 28a and 28b by stirring in refluxing DMF (Scheme 7, Figure 7).

Furthermore, 9a and 9b rearrange to the corresponding nicotinic acid derivatives 31a and 31b when they are stirred in refluxing acetic acid containing ammonium acetate. The structures of both of the products were assigned by employing X-ray crystallographic methods (Figure 8 and Figure 9).

We believe that the nicotinic acid esters are generated in these reactions by ring opening of 9a and 9b to yield the respective amidines 29a and 29b, which then cyclize to produce 30a and 30b. The latter compounds readily undergo autooxidation to form 31a and 31b (Scheme 8).

Finally, the pyranopyrimidines 33a and 33b were efficiently produced by a sequence including an initial condensation reaction of the 2-amino-4H-pyrans 9a and 9b with dimethylformamide dimethylacetal (DMFDMA) to yield the amidine-substituted derivatives 32a and 32b. Stirring solutions of these substances in refluxing AcOH/NH4OAc gave the respective pyranopyrimidines 33a and 33b (Scheme 9, Figure 10).

In an exploratory study aimed at expanding the chemistry shown in Scheme 4, we observed that diethyl acetylenedicarboxylate (DEAD, 4b) does not react with benzylidenemalononitrile (7a) in the presence of L-proline. However, when DABCO was employed as the amine nucleophile, reaction of DEAD with 7a readily took place and the substituted phthalate diester 37a was obtained in 80% yield. The structure of 37a was determined by X-ray crystallographic analysis (Scheme 10 and Figure 11).

In a similar fashion, DEAD was observed to react with the p-nitro- and p-chloro-benzylidenemalononitriles 7b and 7c in the presence of DABCO to yield the corresponding phthalate diesters 37b and 37c (Figure 12).

A plausible mechanistic route for the formation of 37a involves an initial addition of DABCO to DEAD to yield the intermediate zwitterionic enammonium diester 34, which then adds to 7a to produce zwitterion 35a. Reaction of 35a or its protonated form with malononitrile, which is likely generated by hydrolysis of 7a, then forms 36a that cyclizes and aromatizes by loss of HCN to yield 37a. This sequence is closely related to the one described above for the formation of benzoic acid derivatives 13a and 13b (Scheme 6). Although they have potential utility in the field of polymer chemistry, to the best of our knowledge the preparation and chemical reactivity of only a few tetrasubstituted phthalic acid diesters have been described previously. In this effort, we observed that phthalate 37a reacts with DMFDMA to form amidine 38, which undergoes cyclization in refluxing AcOH/NH4OAc to form the 1-amino-pyrrolo[3,4-f]quinazoline 39. We also found that 37a reacts with hydroxylamine hydrochloride in ethanolic sodium acetate solution to form isoindolone derivative 40 (Scheme 11 and Figure 13).

In the current investigation, we have developed new and efficient methods for the synthesis of polyfunctionalized 2-amino-4H-pyrans and aminobenzoic acids. In addition, we have explored the preparative potential of these substances as intermediates for the synthesis of 6-amino-5-cyanonicotinic acid derivatives 31a,b, ethyl 4-amino-5H-pyrano[2,3-d]pyrimidine-6-carboxylates 33a,b, 4-amino-6H-pyrrolo[3,4-g]quinazoline-9-carbonitrile 39, and 1,7-diamino-6-(N'-hydroxycarbamimidoyl)-3-oxo-5-phenyl-3H-isoindole-4-carboxylate 40.

The authors are grateful to Kuwait University Research Administration for financial support of project SC01/10. Analytical facilities provided by GFS projects No. GS 03/08, GS 01/01, GS 01/03 & GS 01/05 are greatly appreciated. The authors are grateful to the Chemistry Department, Faculty of Science at Qena, South Valley University for supporting them.

An overview on recent advances in the synthesis of sulfonated organic materials, sulfonated silica materials, and sulfonated carbon materials and their catalytic applications in chemical processes

© 2014 Moustafa et al; licensee Beilstein-Institut.
This is an Open Access article under the terms of the Creative Commons Attribution License (http://creativecommons.org/licenses/by/2.0), which permits unrestricted use, distribution, and reproduction in any medium, provided the original work is properly cited.
The license is subject to the Beilstein Journal of Organic Chemistry terms and conditions: (http://www.beilstein-journals.org/bjoc) 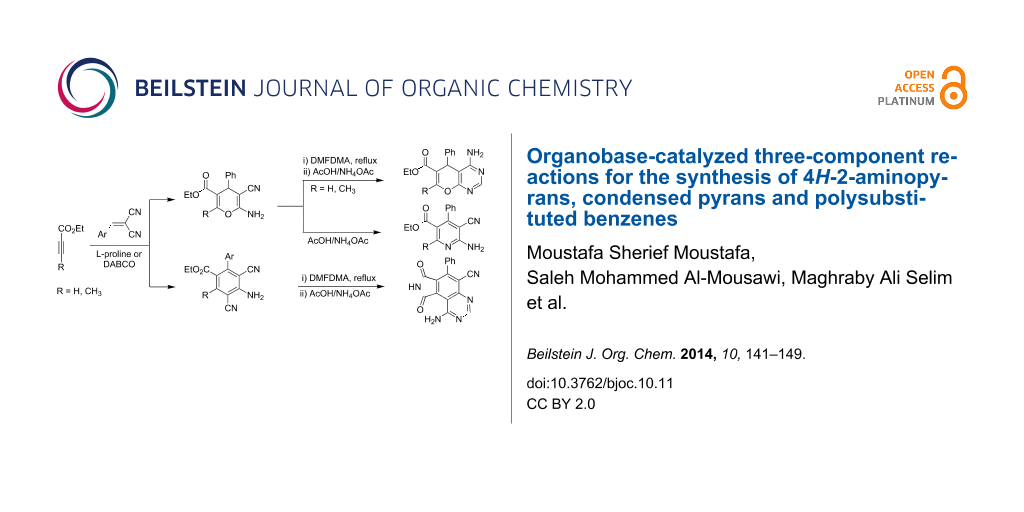