An anomalous addition of chlorosulfonyl isocyanate to a carbonyl group: the synthesis of ((3aS,7aR,E)-2-ethyl-3-oxo-2,3,3a,4,7,7a-hexahydro-1H-isoindol-1-ylidene)sulfamoyl chloride


All articles from this author
Aslı Ünal


All articles from this author
Ertan Şahin


All articles from this author
Uğur Bozkaya


All articles from this author
Yunus Kara

In this study, we developed a new addition reaction of chlorosulfonyl isocyanate (CSI), starting from 2-ethyl-3a,4,7,7a-tetrahydro-1H-isoindole-1,3(2H)-dione. The addition reaction of CSI with 2-ethyl-3a,4,7,7a-tetrahydro-1H-isoindole-1,3(2H)-dione resulted in the formation of ylidenesulfamoyl chloride, whose exact configuration was determined by X-ray crystal analysis. We explain the mechanism of product formation supported by theoretical calculations.

β-Lactams 3 generally predominate and in many cases are the exclusive products and they serve as key substances in a variety of chemical transformations. When chlorosulfonyl amides 4 are produced, they may be converted to other compounds. Graf [1] proposed that the reaction of CSI with unsaturated systems proceeds via the direct formation of dipolar intermediate 5 which may undergo a ring closure to form 3 or a hydrogen transfer to afford 4 (Figure 1).

A wide variety of reactions has been reported for CSI, among which its addition to unsaturated systems has proven to be the most interesting and synthetically useful [3]. The addition of CSI to unsaturated systems and its further reactions have been examined by various groups [4-11]. On the other hand, examples for the reaction of carbonyl group containing compounds with CSI are limited in the literature. In particular, compounds containing an amide or pyrone skeletal structure were used in these studies. These reactions were reported by the research groups of Reynolds [12], Sattur [13], Jiménez [14] and Schwarz [15]. In our continuing studies on the synthesis of isoindole derivatives, we have included the addition of CSI to unsaturated systems and obtained unexpected results. When the reactions were performed by heating without any solvent, the condensation product imine was the sole product. In this paper, we present for the first time a unique example describing the addition of CSI to a system comprising both independent double bonds and imide functional groups. The mechanism for the addition of CSI to a carbonyl group is explained by theoretical computations.

Our starting material was 2-ethyl-3a,4,7,7a-tetrahydro-1H-isoindole-1,3(2H)-dione (9), which we have synthesized in previous studies [16,17]. Imide 9 was synthesized via the cycloaddition of 3-sulfone to maleic anhydride. The reaction of ethylamine with anhydride 8 in the presence of a toluene/triethylamine mixture (3:1) produced imide 9 in 80% yield (Scheme 2).

To synthesize a new lactam derivative of isoindole-1,3-dione, we investigated the reaction of imide 9 with CSI in toluene at room temperature. Nevertheless, the starting imide 9 did not react with CSI, and we could not obtain the expected products lactam 11 and amide 12. Next, we studied the reaction of 9 with CSI by heating without solvent, which produced a very interesting product 10 that contained a N-chlorosulfonylimine group (Scheme 3).

Upon examination, the most conspicuous features in the 1H and 13C NMR spectra of 10 were the change in the molecular symmetry and the chemical shifts of the carbonyl groups in the molecule. If the amide compound 12 had formed, there would be a change in the symmetry of the molecule, but the 1H and 13C NMR spectra do not support the structure of amide 12. The results of double resonance experiments clearly indicated that the HC=CH double bond was located between two CH2 groups (C-4 and C-7), similar to those present in the starting compound. Additionally, there was no signal of the three different carbonyl carbons in the 13C NMR spectrum of 10. On the other hand, the presence of double bond protons, three (CH2) groups, two CH protons, and one methyl (CH3) group, such as those in the starting compound, reveal that the reaction takes place on the carbonyl groups in the imide ring. While the 1H and 13C NMR spectra support a structure, we were not sure what kind of structure was indicated based on the spectral data. We determined the exact structure of 10 by X-ray crystal analysis (Figure 2) [18].

In addition to determining its structure, we performed X-ray crystal analysis of molecule 10 to identify the possible interactions. The structure has a racemic form, with the atoms of racemate 10 labeled and the polymeric H-bonding geometries shown in Figure 2a. We provide crystallographic data and structural refinement details in the experimental section. Compound 10 crystallizes in the monoclinic space group C2/c. The C–C (cyclohexene) distances are in the typical single bond range [1.491(3)–1.356(3) Å]. The C=C double bonds are in the cyclohexene units range between 1.307–1.316(3) Å and the S=O bonds are between 1.417–1.414(3) Å. The conformation is defined by steric effects, which force a fold of the cyclohexene rings relative to the mean plane through the pyrrolidine group. For both enantiomers, the cyclohexene ring has a twist-boat conformation and the pyrrolidine rings are in half-chair conformation. The structures contain four asymmetric carbon atoms and the stereogenic centers are as follows: C1(R), C6(S), C11(R), and C16(S), where the N-chlorosulfonyl group attached to the carbonyl atom changes the stoichiometry. In the solid state, compound 10 is stabilized via effective intramolecular H-bonds. Interactions between C9–H∙∙∙O5 [D∙∙∙A = 3.331(3) Å], C5–H∙∙∙O6 [D∙∙∙A = 3.529(3) Å], C19–H∙∙∙O3 [D∙∙∙A = 3.316(3) Å], C16–H∙∙∙O5 [D∙∙∙A = 3.315(3) Å], and C9–H∙∙∙O4 [D∙∙∙A = 3.313(3) Å] contribute to the formation of a stable structure (Figure 2a and Figure 2b).

Based on the structure of the product, we propose the reaction mechanism shown in Scheme 4. First, CSI reacts with the carbonyl carbon in the imide ring to form a four-membered urethane ring. Afterwards the imine is formed by the release of carbon dioxide from the molecule.

We performed theoretical computations to better understand the reaction mechanism shown in Scheme 4 (Figure 3). For this purpose, we employed density functional theory (DFT) calculations and performed geometric optimizations using the B3LYP functional [19-22]. We computed the vibrational frequencies to characterize each stationary structure. In all the computations, we utilized Pople’s polarized triple-ζ split valence basis set with diffuse functions, 6-311++G(d,p) [23-25]. All the computations were performed using the Gaussian 09 program package [26]. The energies of all the structures are on the B3LYP/6-311G++(d,p) level, and the zero-point vibrational energy (ZPVE) corrections are all at the DFT level. Throughout this study, all the relative energies refer to the ZPVE-corrected energies. For the transition state (TS) between species A and B, we use the notation A/B throughout the article.

All reagents and substrates were purchased from commercial sources and used without further purification. Solvents were purified and dried by standard procedures before use. 1H and 13C NMR spectra were recorded on Varian 400 and Bruker 400 spectrometers. Elemental analyses were performed on a Leco CHNS-932 instrument. The melting points were measured with Gallenkamp melting point devices. X-ray crystallography was performed using a Rigaku R-AXIS RAPID IP diffractometer. HRMS: electron-spray technique (M+/M−) from the solution in MeOH (Waters LCT PremierTM XE UPLC/MS TOF (Manchester, UK)). All the computations were performed using the Gaussian 09 program package. The energies of all the structures are on the B3LYP/6-311G++(d,p) level.

The authors are indebted to Department of Chemistry and Atatürk University for financial support. This research was supported by the Scientific and Technological Research Council of Turkey (TÜBİTAK-116Z506).

Rearrangement of o-(pivaloylaminomethyl)benzaldehydes: an experimental and computational study

© 2019 Köse et al.; licensee Beilstein-Institut.
This is an Open Access article under the terms of the Creative Commons Attribution License (http://creativecommons.org/licenses/by/4.0). Please note that the reuse, redistribution and reproduction in particular requires that the authors and source are credited.
The license is subject to the Beilstein Journal of Organic Chemistry terms and conditions: (https://www.beilstein-journals.org/bjoc) 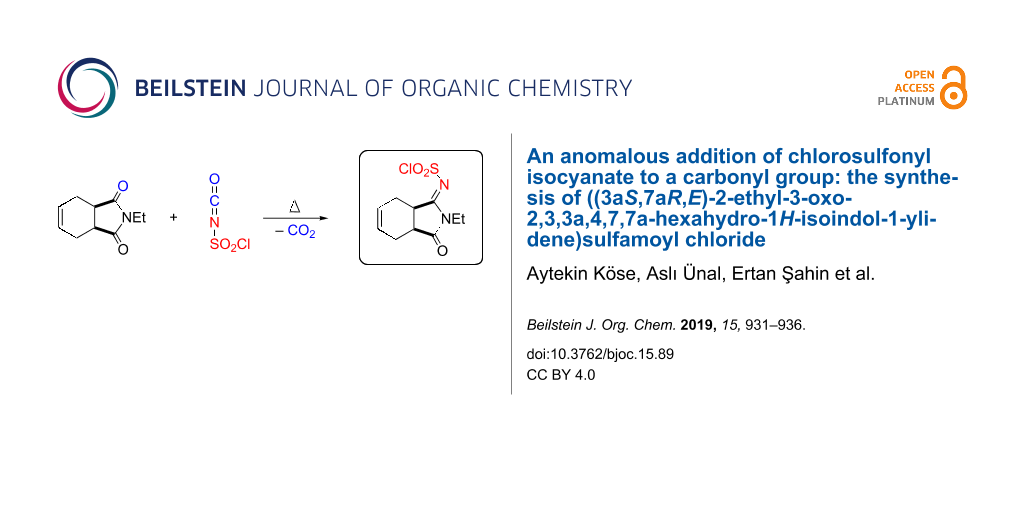