In contrast to the production of simple bulk chemicals and polymers, which started shortly after the discovery of the “olefin scrambling” reaction, it was not until much later that this transformation was “rediscovered” by the academic world. In the last decade of the 20thcentury, the so-called olefin metathesis reaction gained real significance in advanced organic synthesis. The development of well-defined catalysts and an understanding of the reaction mechanism prompted an extraordinary scientific turnaround, revolutionizing retro-synthetic planning in total synthesis groups and in medicinal chemistry laboratories around the world. The importance of “the development of the metathesis method in organic synthesis” has been fully recognized by the award of the Nobel Prize in Chemistry for 2005. 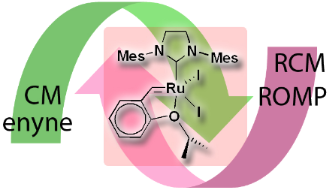 The catalytic performance of Ru–NHC alkylidene complexes: PCy3 versus pyridine as the dissociating ligand 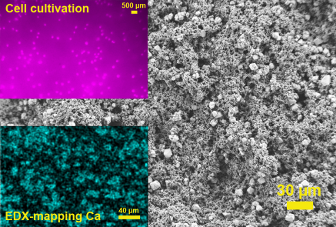 The cross-metathesis of methyl oleate with cis-2-butene-1,4-diyl diacetate and the influence of protecting groups

Stereoselectivity of supported alkene metathesis catalysts: a goal and a tool to characterize active sites

Recent advances in the development of alkyne metathesis catalysts 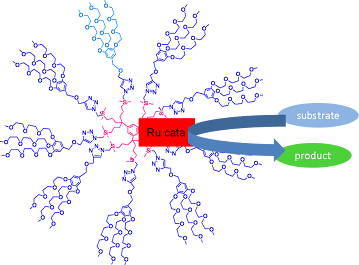