Natural photosynthesis is a remarkable chemical machinery that enables our life on earth and delivers a constant stream of oxygen and organic biomass. We should acknowledge this fact with humbleness, especially because we have not been able yet to mimic this process in a reliable way even after decades of intense research. The basic mechanistic principle behind photosynthesis is photoredox catalysis or light-driven charge separation, which leads to an energy harvesting process by taking advantage of the reduction products and filling the holes by a sacrificial electron donor, water. In contrast to the “traditional” catalysis areas such as metal-, organo- and biocatalysis, photoredox catalysis (and photocatalysis in general) is a young research field with regard to synthetic applications. The collection of papers in this Thematic Series on organic synthesis using photoredox catalysis shows this convincingly.

Metal and metal-free photocatalysts: mechanistic approach and application as photoinitiators of photopolymerization 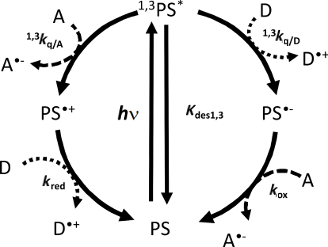 On the mechanism of photocatalytic reactions with eosin Y 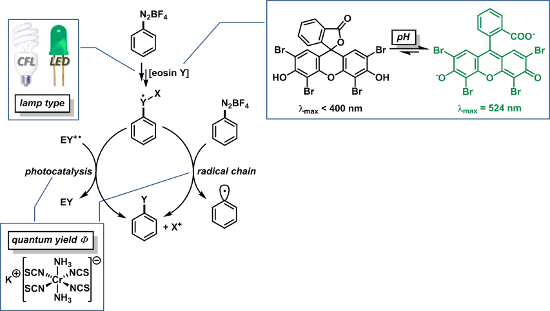