Cyclodextrins (CDs) are cyclic oligosaccharides consisting of 1,4-glycosidically linked α-D-glucose units. Production of these compounds is accomplished by enzymatic degradation of starch using CD-glycosyl transferase. Since their discovery more than 100 years ago, a significant development in CD research has taken place. Various applications of CDs can be found, e.g. the binding of odors and flavors. Even drugs can be complexed and set free after a while by CDs. This enables the transfer of hydrophobic substances into aqueous media, which is of great interest in pharmaceutical chemistry. Regarding the interactions of CDs with low-molecular and macromolecular compounds, respectively, the reactivity of complexed molecules is another key factor besides solubility effects. 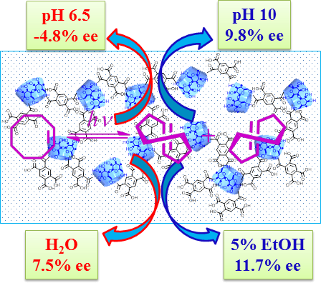 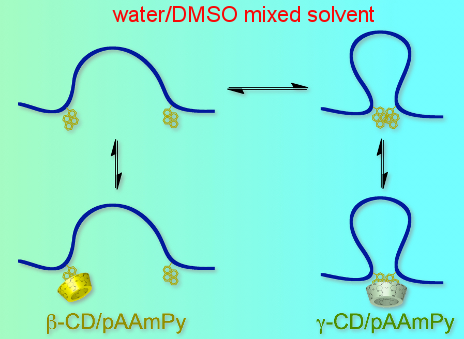 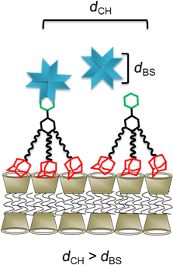 Molecular solubilization of fullerene C60 in water by γ-cyclodextrin thioethers 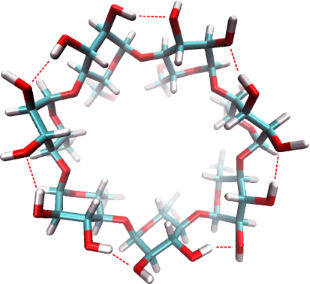 Inclusion of the insecticide fenitrothion in dimethylated-β-cyclodextrin: unusual guest disorder in the solid state and efficient retardation of the hydrolysis rate of the complexed guest in alkaline solution 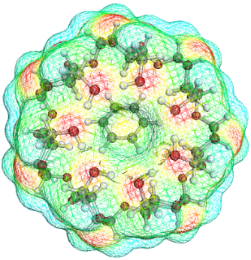 Superstructures of fluorescent cyclodextrin via click-reaction 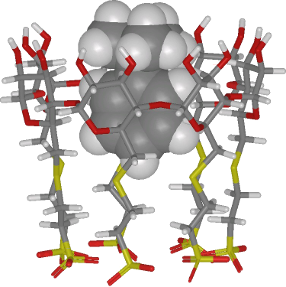 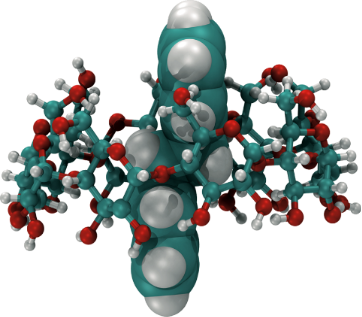 Oligomeric epoxide–amine adducts based on 2-amino-N-isopropylacetamide and α-amino-ε-caprolactam: Solubility in presence of cyclodextrin and curing properties